The distal bicep tendon ruptures when the biceps muscle is maximally contracted against a load and the load is greater than the biceps can hold. The tendon tear is generally complete but partial tears can occur. In the complete tears the tendon rips off the bony attachment on the radius (forearm bone). The tendon is generally abnormal, failing through a swollen degenerate area (tendinopathy). 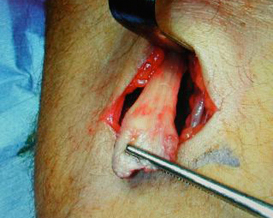 Tendinopathy is more common in manual workers and weightlifters, who have chronically overloaded their bicep tendon. The bicep tendon is the principal engine for rotating the forearm palm upwards with a bent elbow. The biceps contributes to bending the elbow (bicep curl) but is aided by a deeper muscle (brachialis). If the tendon is not surgically repaired the most notable deficit is a loss in forearm rotation strength by 30%.

The patient will often feel or hear the tendon give way. The bicep muscle retracts up the arm. The tear causes local bleeding and swelling. Movements such as opening jars and lifting objects cause pain and or biceps spasm. The thick cord of the biceps tendon palpable in the crease of the elbow is absent.

The diagnosis is largely based on history and examination. Occasionally ultrasound or MRI scans are required to confirm the diagnosis. Ultrasounds are commonly reported incorrectly. 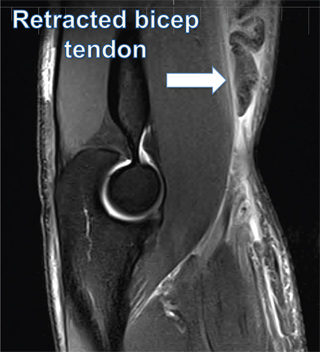 The Treatment Options are:

1. Accept the deformity and functional loss, using short-term pain-killers and returning to activity as pain allows. There is a small risk of chronic biceps spasm with certain movements. If you were to change your mind, the risks associated with surgical repair rise sharply after 2 weeks post rupture. 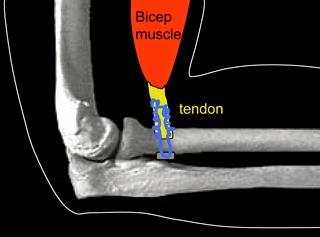 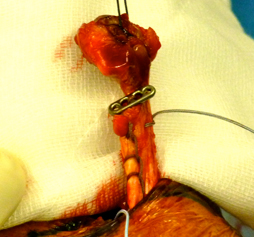 2. Surgical reattachment of the torn biceps tendon. I use the Bain endobutton techniques for tendon reattachment. This technique ties a rectangular washer to the torn tendon that is passed through drill holes at the insertion site on the radius and flipped on the far side of the bone to secure the tendon into the bone. The surgery takes about 1.5 hours, requires and anaesthetic and may be performed as a day or overnight stay. The operation specific risks include but are not limited to infection, nerve injury, elbow stiffness and failure of tendon healing. A stretch to the nerve supplying sensation to the thumb side of the forearm is very common and generally resolves by 3 months post surgery. A sling is worn for the first 2 weeks with emphasis on elbow stretching exercises. Active movements can be commenced from 2 weeks. Lifting is limited to 1kg for the first 6 weeks and 2kg from 6-12 weeks. At 3 months a strength program can commence and lifting can be increased by 1kg per week. 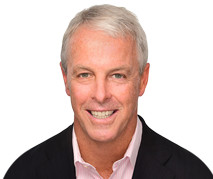 Provides information and education regarding each stage of treatment.

Guidance and assistance about Insurance, Schemes and Mode of Payments.